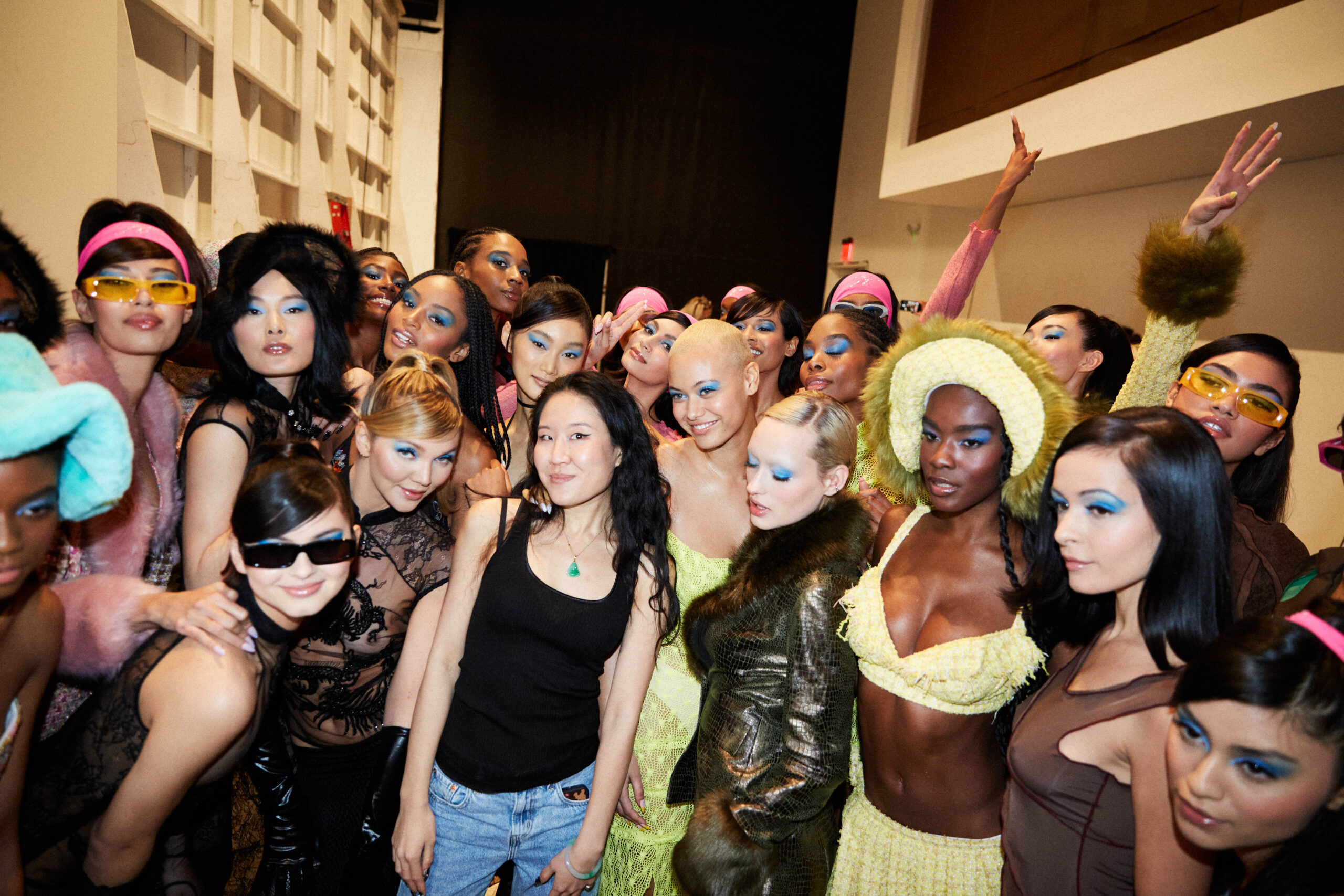 In partnership with the industry’s hottest designers, Afterpay delivers unprecedented access to NYFW

New York City womenswear designer Kim Shui will debut her new collection to the public at an iconic New York City landmark, providing passersby and commuters with an open view to Shui’s backstage production. In collaboration with Afterpay, Shui is inspired to democratize her runway with unprecedented community participation and access.

Earlier this month, Shui began sourcing models, stylists, photographers, hairdressers, and makeup artists through social media – offering aspiring fashion insiders an opportunity to break into the industry. Shui received more than 4,000 submissions and plans to welcome the next wave of talent at her runway show this New York Fashion Week. Afterpay and Shui have also developed the first-ever crowdsourced runway garment with fabric created from pixel submissions by the public. The final garment will make its way down the runway on September 12 and will then be minted into its own NFT for distribution to anyone who contributed a pixel to the final garment’s design.

Fashion and accessories design studio Area, renowned for its modern and timeless take on beauty and glamour, will partner with Afterpay to celebrate its much-anticipated return to NYFW by taking its runway show to the streets of New York City. Projections of Area’s SS’23 runway show will pop-up across New York City at several buzzy intersections, cityscapes, and landmarks. Beginning September 12 through 14, the Area show projections will surprise New Yorkers while providing entertainment, and a glimpse into Area’s inspiration, couture process, and the making of its latest collection.

NYFW: The Talks
On September 12, Afterpay and IMG will present the Navigating The New Phygital Age of Fashion and Art. Led by Melanie McClain, Head of Community at P00LS, an expert panel of leading women will discuss decentralizing fashion featuring Natalie McGrath, VP of Marketing at Afterpay; Michelle Reeves, CEO and Cofounder of Mavion; and Elise Swopes, NFT Artist. This session will be hosted at Spring Studios at 4pm ET and accessible online after the event concludes.

Throughout the season, Afterpay has been unlocking access to NYFW for consumers everywhere – both IRL and digitally on the blockchain with its Keys to NYFW initiative. To learn more about how Afterpay is transforming the way consumers participate in NYFW, please visit the Afterpay newsroom at newsroom.afterpay.com or NYFW.com. Follow along on social media via @afterpayUSA and hashtag #AfterpayxNYFW.

Afterpay Limited is transforming the way we pay by allowing customers to buy products immediately and pay for their purchases over four installments¹. The service is completely free¹ for customers who pay on time – helping people spend responsibly by paying over four installments without incurring interest. Afterpay is offered by thousands of the world’s favorite retailers and used by millions of active global customers².

Afterpay is currently available in Australia, Canada, New Zealand, the United States and the United Kingdom, France, Italy and Spain, where it is known as Clearpay. Afterpay is on a mission to power an economy in which everyone wins. Afterpay is a wholly owned subsidiary of Block, Inc. (NYSE: SQ).